As most of the exchange admins plan the deployment of new versions of Exchange, there might be a case where you start the deployment of an Exchange 2010 DAG with a single NIC (for both MAPI and replication, which is supported by Microsoft as well), but later on, you think of configuring a dedicated replication network for the DAG. The process is pretty straight forward – you add additional NIC to your DAG members, configure the correct IP & routing and that’s it. Exchange should start using the dedicated replication network for log shipping and seeding.

The trouble is that though you have taken all the right steps, sometimes Exchange won’t recognize the new replication network and hence won’t use it. So, how do you get around the problem? Let me explain based on my lab.

I have a two node DAG up and running with a single NIC.

I have one DAG network, which is named as MAPI. The replication traffic goes through the same network as well at the moment. 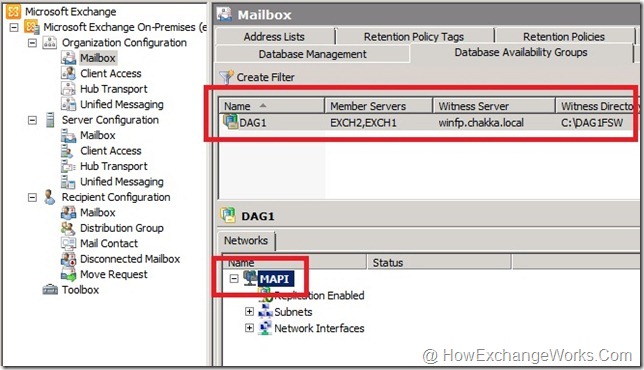 Now, I add a new NIC for replication network and configure the IP & routing.

But, Exchange still doesn’t see it and doesn’t create a new DAG network as expected. The reason is that Exchange only scans for the networks on DAG members when a server is added to the DAG. After that, the networks are scanned only if you tell Exchange to do it. All we need is a one-liner in Shell to force Exchange to recognize the new NIC & thereby creating a new DAG network. Run the following command in Exchange Shell.

As expected, Exchange shows the new DAG network in the console. 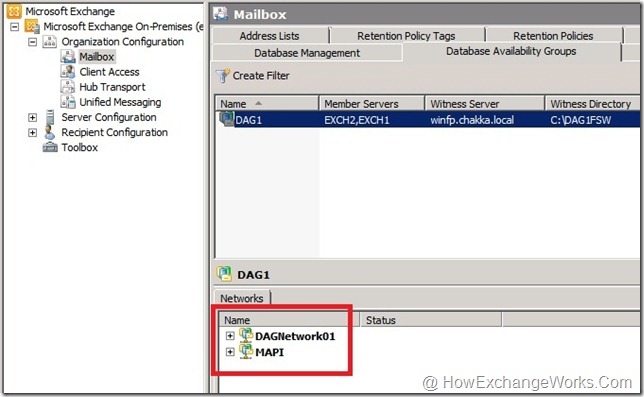