I looked at the scripting agent as one of my client asked me ways to automate things to a certain extend. I will explain the process of using the scripting agent based on what I had been asked. My client wanted to make sure that all newly created mailboxes had the following configurations, without manually setting each.

Scripting agent can be used to do what my client wanted and I set it up for them. The scripting agent, when enabled, looks for a file named “ScriptingAgentConfig.xml” within the BinCmdletExtensionAgents. By default, a “ScriptingAgentConfig.xml.sample” file exists in the same location which gives an idea of the code that needs to go in the xml file. Open the sample file using notepad and understand the basic syntax the xml file needs. 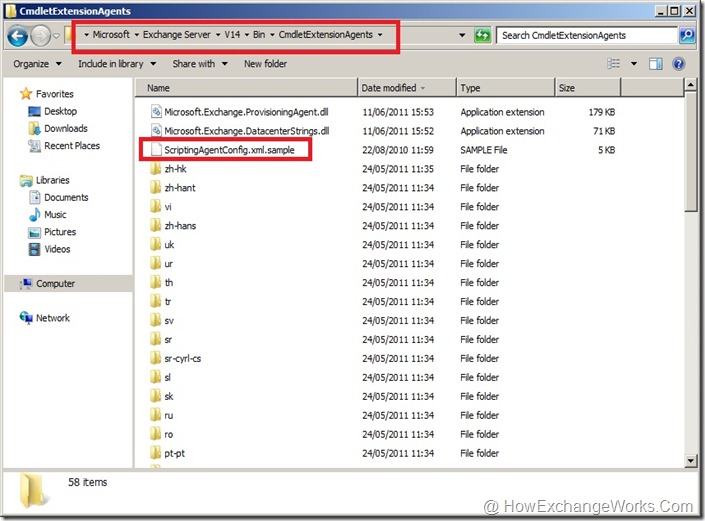 Below is the basic syntax you need for the config xml file, irrespective of what you are trying to achieve. Pat Richard’s post helped me with the syntax.

Below is the code that I used to achieve what my client wanted.

I copied the entire code below to notepad and saved it as ScriptingAgentConfig.xml inside BinCmdletExtensionAgents folder. 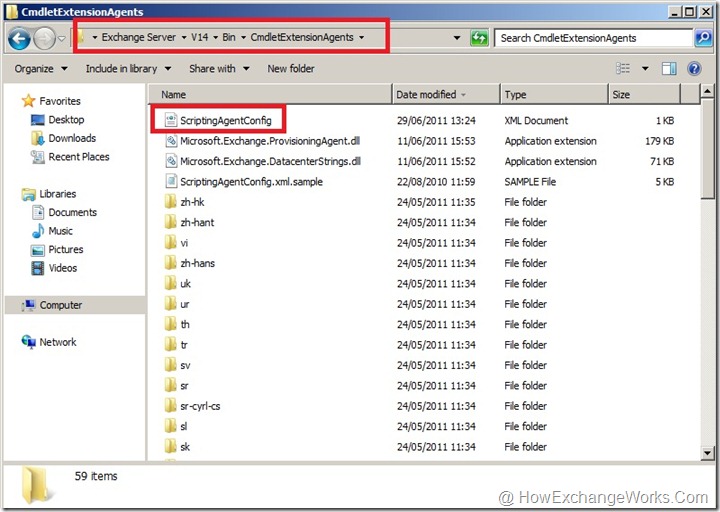 Next step is to enable the scripting agent. The agent should only be enabled once the ScriptingAgentConfig.xml is in place. Otherwise, all Exchange cmdlets except the “Get-noun” will throw errors. Run Enable-CmdletExtensionAgent “Scripting Agent” to enable the agent.

Time to test! I created a test mailbox and the scripting agent configured all the options my client wanted. 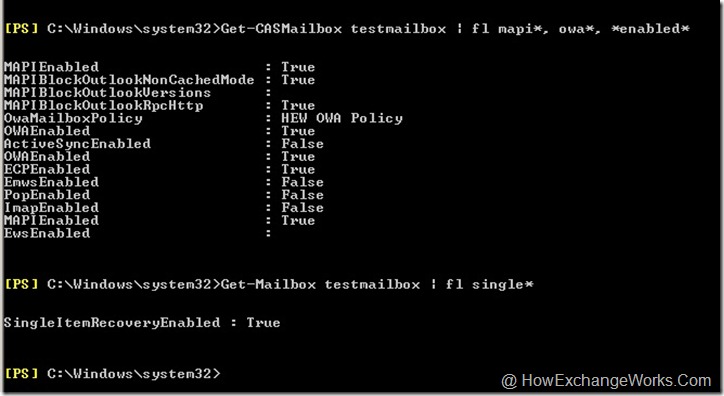 Now that you understand the power of scripting agent, you can automate tasks to make your life easier