Most of the companies these days go for some sort of load balancing solution for the CAS servers, as it is one of the important roles in an Exchange 2010 environment. With the introduction of cheaper, feature-rich hardware load balancers from Kemp Technologies (which is Microsoft certified as well), there is no reason why CAS servers shouldn’t be load balanced using service-aware load balancers.

The steps to offload SSL for different Exchange services have been explained in detail by Henrik Walther here. But, Exchange 2010 SP1 brings one change in the process of offloading SSL for Exchange Web services. All virtual directories in IIS has to be configured to not require SSL as explained in the article. But, it is not needed to edit the web.config file in 2010 SP1 for Exchange Web Services (EWS) SSL Offloading. 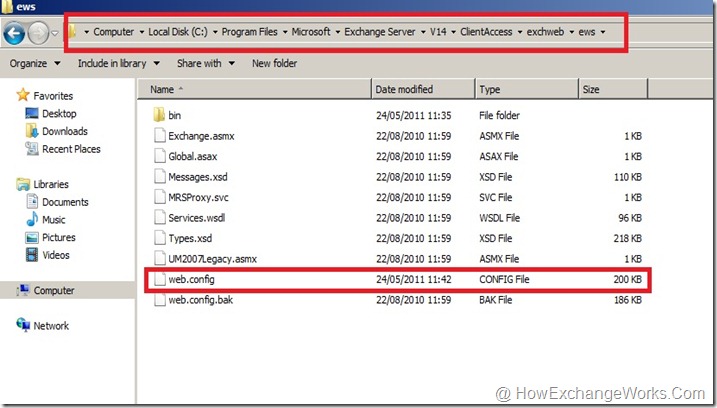 In fact, editing the file will cause an error message (WebHost Error 3 in the event log). So while offloading SSL for EWS on 2010 SP1 servers, the recommendation is not to edit the web.config file. All other steps in the article remains valid for SP1 deployments. Make the change in IIS Manager, restart the service and things will be fine.