Event viewer has an entry with the following error message. 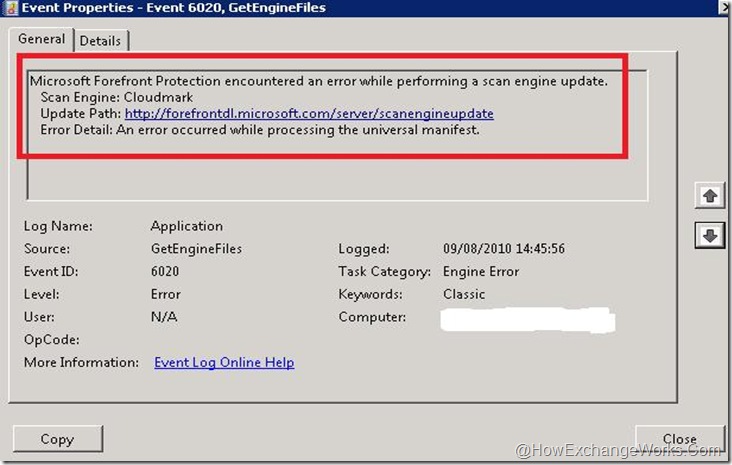 But, the “definition version” column shows the last update with the most recent time.

I am a bit confused as to whether the update is actually happening, as the definition version is up-to-date with a failure in engine summary and event viewer.

Anyone else has the same issue? I will update the post once I have more information.

Microsoft has fixed whatever the issue was and my cloudmark engine is up-to-date again.

All green in the console as well.