If any of you have played with the beta version of exchange 2010, you can find that the default database that gets installed as part of the mailbox role has a random number added to the database name. For example, my database name is “Mailbox Database 0369105121”. 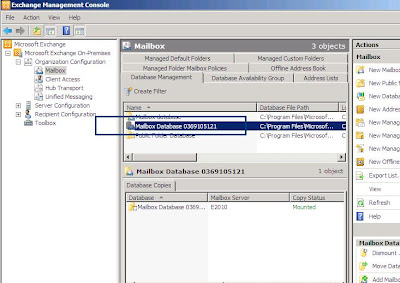 What does the number at the end represent?

Nothing! It is a random number given to the database name to make it unique in the exchange organization. Unlike the previous versions, there are no storage groups in 2010 and mailbox databases are an organizational entity. Hence, you cannot have duplicate names for mailbox databases. 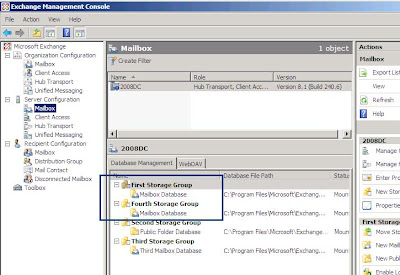 The addition of random number at the end rather than just “Mailbox database” makes sense, especially when you are adding additional mailbox servers into an existing organization.