I installed Exchange 2010 SP1 on my lab machine as soon as it was out and found out that SP1 requires Office 2010 filter packs (nice to have) and four hotfixes to be installed (and a reboot) before it can continue the setup. 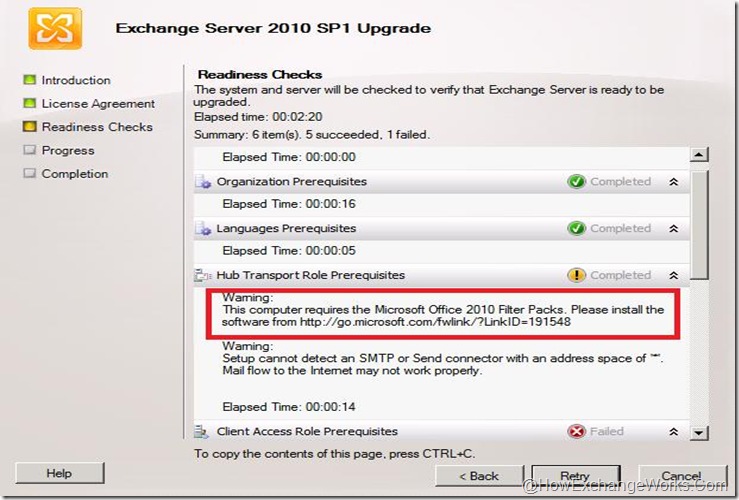 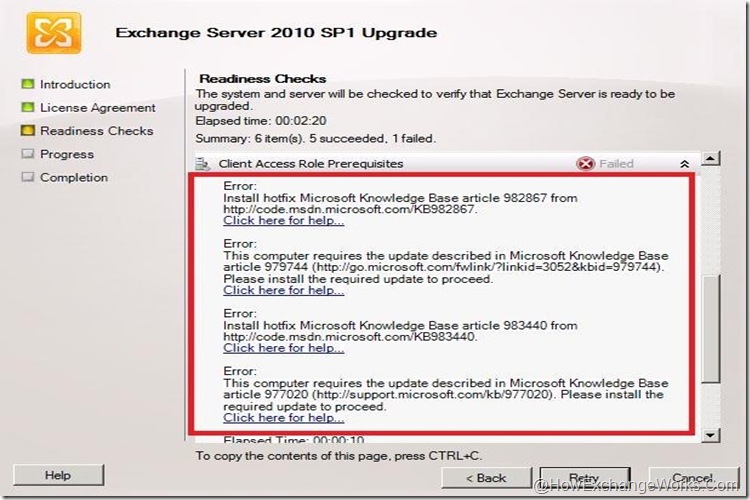 You get prompted to install the missing hotfixes as part of the install and it even gives KB article numbers. But the hyperlink for each of these fixes goes to “Help Resource For Errors” page which is just blank. The funny think is the article status says “Milestone Ready” & asks us to get help using forum or search using Bing! This was the case with 2010 SP1 Beta setup as well.

Come on Exchange Team, you can do better than this! I would have thought that this should have been fixed as the same issue exists in SP1 Beta. Check my previous article.

As getting the hotfixes from the setup window is frustrating because of the missing links, I have put a zip file together with all the fixes (including 2010 filter pack). Don’t waste your time trying to find these hotfixes, download it here