Microsoft has released the RTM version of Load Generator (32 & 64 bit) and Jetstress. Both tools have been in beta for a while.

Load Generator is a simulation tool used to measure the impact of MAPI, OWA, ActiveSync, IMAP, POP and SMTP clients on Exchange servers. The tool allows you to test how a server running Exchange 2010/2007 responds to e-mail loads. To simulate the delivery of these messaging requests, you run LoadGen tests on client computers. These tests send multiple messaging requests to the Exchange server, thereby causing a mail load. LoadGen is a useful tool for administrators who are sizing servers and validating a deployment plan. 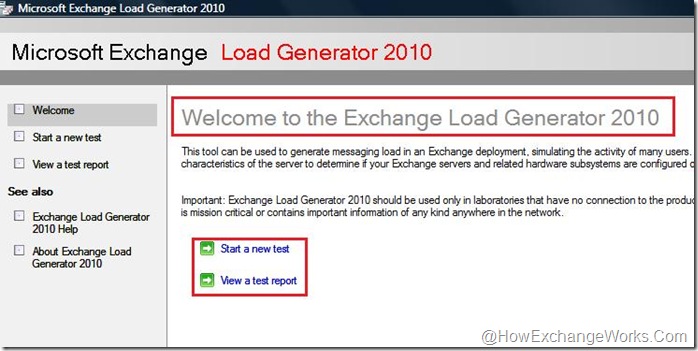 This version is intended for Exchange 2010 and 2007 Servers only.

Jetstress is used to verify the disk performance by simulating Exchange disk Input/Output (I/O) load. The tool  simulates the Exchange database and log file loads produced by a specific number of users. You use Performance Monitor, Event Viewer and ESEUTIL in conjunction with Jetstress to verify that your disk subsystem meets or exceeds the performance criteria you establish.