This issue has a funny side. Everything works as normal except the fact that it creates confusion to the group membership approver. The issue we have is that when a user joins a distribution group (using ECP) which requires “owner approval”, the approver receives an email asking for his/her authorization. Now the confusing bit is that the email doesn’t mention the name of the group which the user is trying to join.

How can the approver make a decision without knowing the group name? It becomes a problem when the same approver is managing a number of groups! This only happens in Exchange 2010 SP1. RTM works without any issues.

Let me explain the issue. I have created a group named “Moderated Group”. I am managing the group. 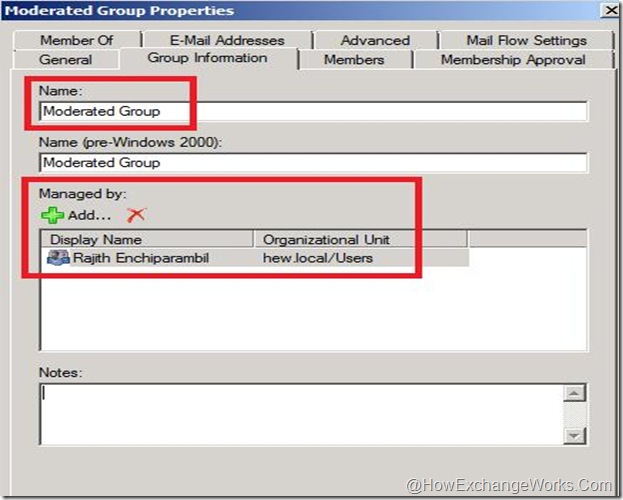 And the group is configured for “Owner Approval”. 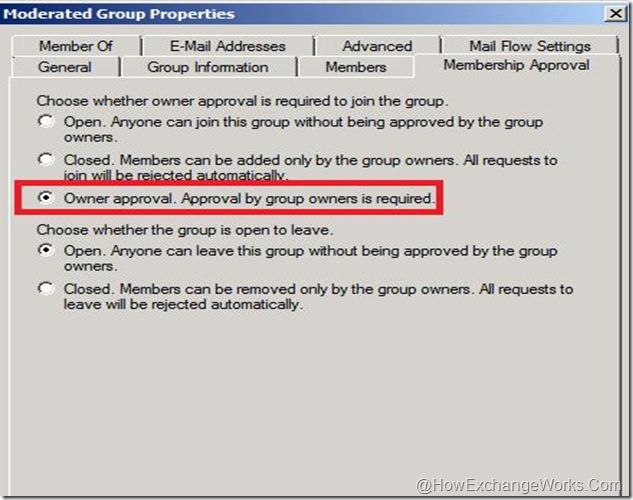 A user (Chakka) logs into ECP & tries to join this group. A warning pops up saying that the request to join the group has been submitted to the group owners (me in this case). 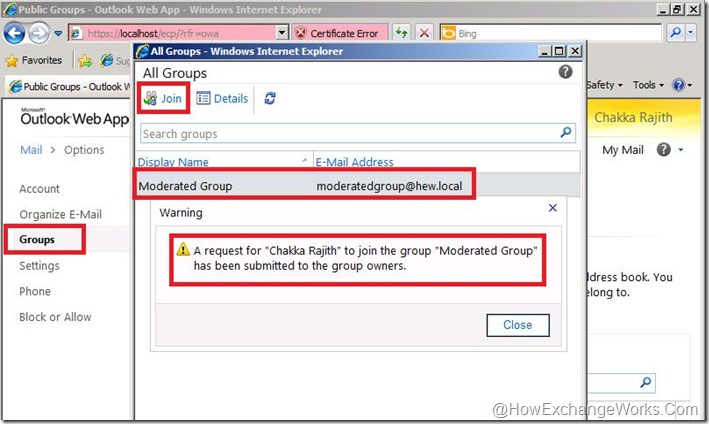 I login to my mailbox and sure enough, I have an email asking for approval. It has a proper subject “Request to join distribution group” and it shows the user who is trying to join (Chakka in my case). 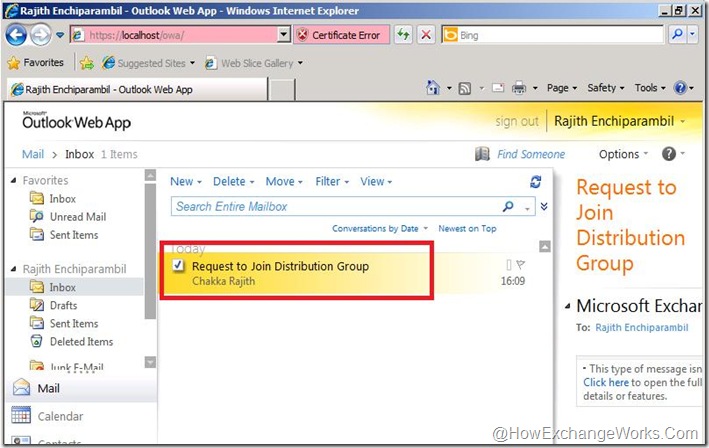 I open up the email, but the name of the group is not listed. I have the buttons to approve or reject the request. Exchange Product Team has done some work in this area, as the body of the email has been changed to “Please respond” in SP1.

I approve the request in this case and the sent email shows the the “approved” email, again with no group info.

The user now received an email with the group owner’s decision and to my surprise, that email list the name of the group which the user wanted to join. It would have made some sense if it happened the other way around! 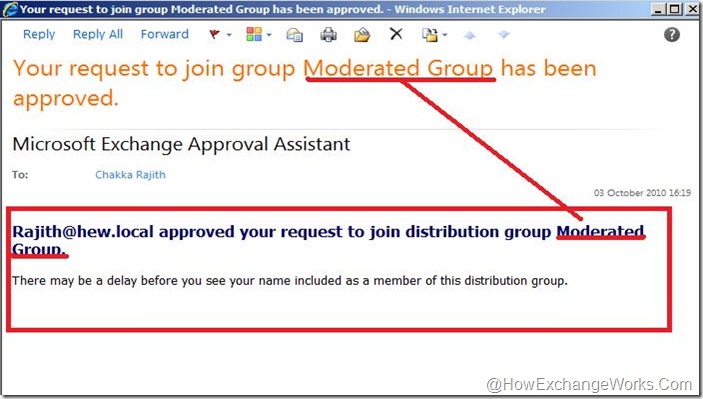 In Exchange 2010 RTM, this works properly as the approver gets an email with the name of the group which the user wants to join.

So Microsoft, is this a bug? Any patch to be released soon? Anyone else having the same issue?