You can specify that a prefix, a suffix, or both be applied to all distribution group names. You can also block certain words from being used in the names.

Prefixes and suffixes can be a string, an attribute, or a combination of both. A prefix or suffix can contain sequences of multiple attributes or strings. You can use the following attributes, which will be gathered from the user who creates the distribution group settings – department, company, office, State/Province, Country/Region, Country Code, Title, CustomAttribute1 to CustomAttribute15.

If you don’t want to use the attributes, you can set a string of your choice as prefix, suffix or both. Let me explain the feature by setting “DL_” as the prefix for all my distribution groups. Note that the policy doesn’t change the name of groups that already exists.

By default, there are no naming policies configured in Exchange 2010 SP1. You can configure it by using ECP or Shell. Login to ECP with an account that has enough rights and select “Manage My Organization”. Navigate to “Users & Groups” –> Distribution groups.

Click the “Edit” button on the bottom right corner and a new window will be presented. 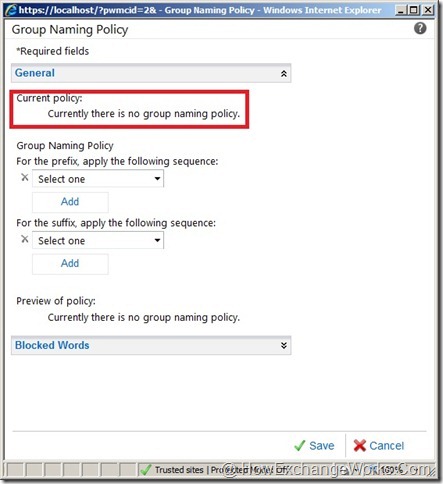 Select the prefix and suffix of your choice. I chose “DL_” as my prefix. Once done, click “Save”. 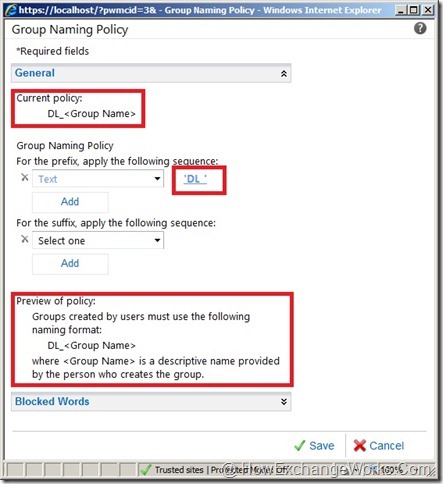 Running Get-OrganizationConfig shows that my naming policy has taken effect.

To prove that my policy works as expected, I created a new distribution group named “ServiceDesk”. 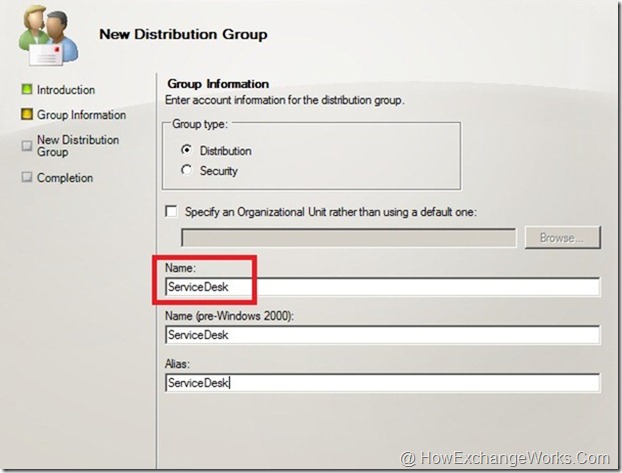 Sure enough, it was prefixed with DL_ and my group name was shown as “DL_ServiceDesk”. 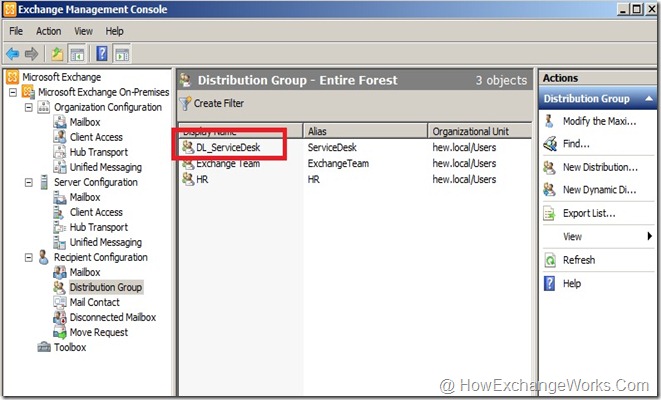 All good then! You can create the naming policy from shell as well by running the command below.

Don’t set the <GroupName> value. It is used as a placeholder and will be replaced by the name you provide.