I came across the error message below while trying to update a distribution group I own. I could modify the membership before moving my mailbox from Exchange 2003 to 2010.

Changes to the distribution list membership could not be saved. You do not have sufficient permission to perform this operation on this object.

Only thing happened was that the mailbox was moved from a 2003 database to 2010, no tweaking of the account in any manner to mess up the permissions. So, why does this happen and how can I fix it? Let me explain based on my lab.

I have a distribution group named “Exchange Team” and Shreya Rajith is the owner. Everything works fine while Shreya’s mailbox is on Exchange 2003. 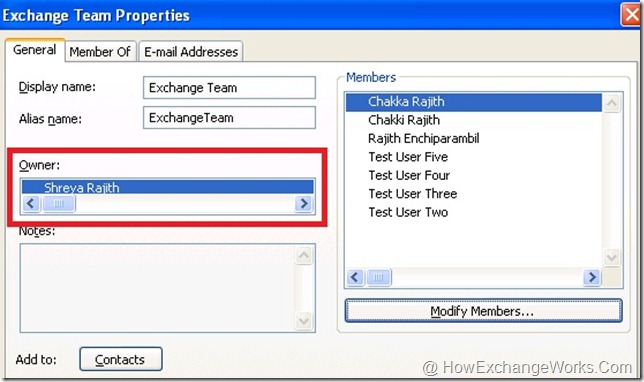 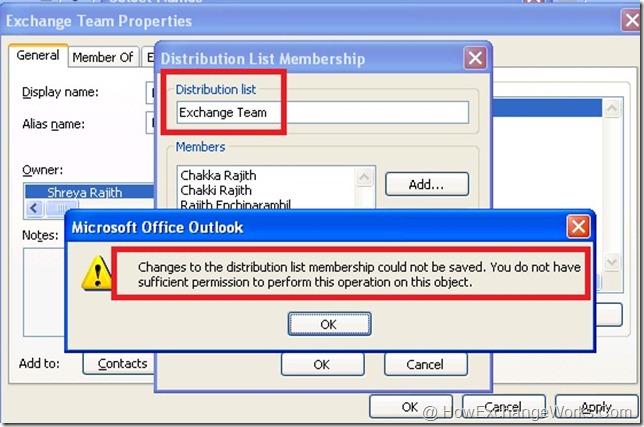 The issue is that when the mailbox is moved to Exchange 2010, the default role assignment policy gets applied to the mailbox. 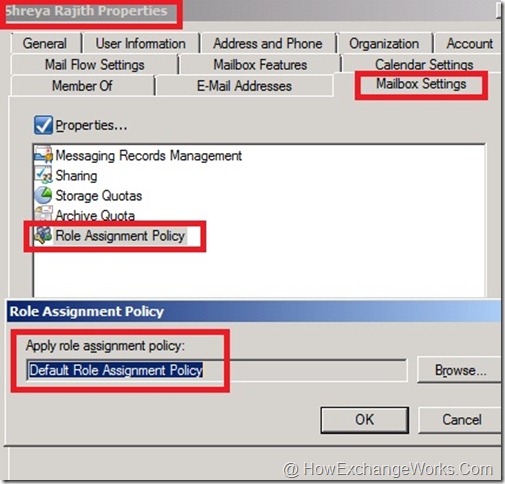 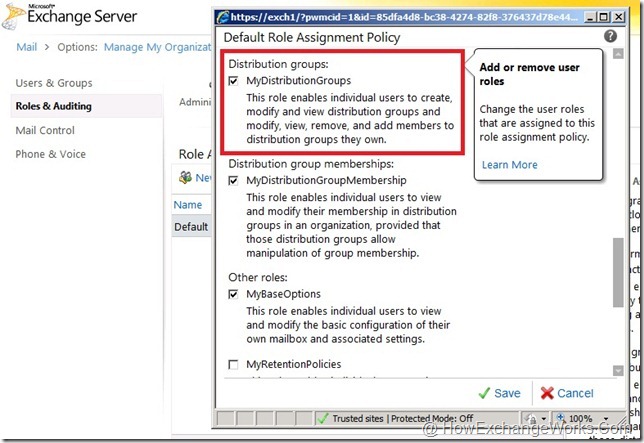 The distribution group can now be modified (all test users have been removed). 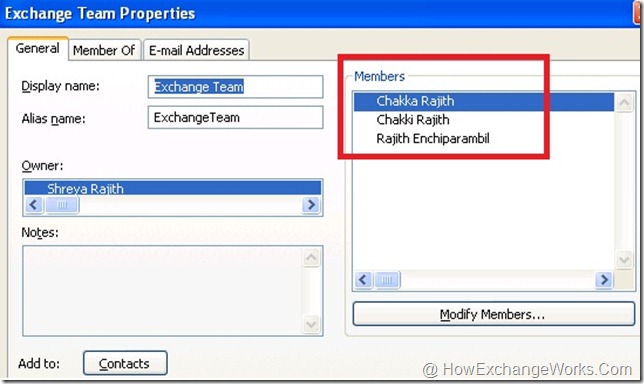 This solves the issue, but it will give users permissions to create new distribution groups through ECP. If that is not something you like, you need to edit the policy using Shell with custom roles/groups.