Microsoft has released the beta version of SP1 for Exchange 2010. Check my previous article for more info.

While installing SP1 on an Exchange 2010 CAS Server or a server that holds multiple roles including the CAS server (2008 R2 operating system), the setup asks for a hotfix to be installed – hotfix rollup in .NET 3.5 SP1 for 2008 R2. 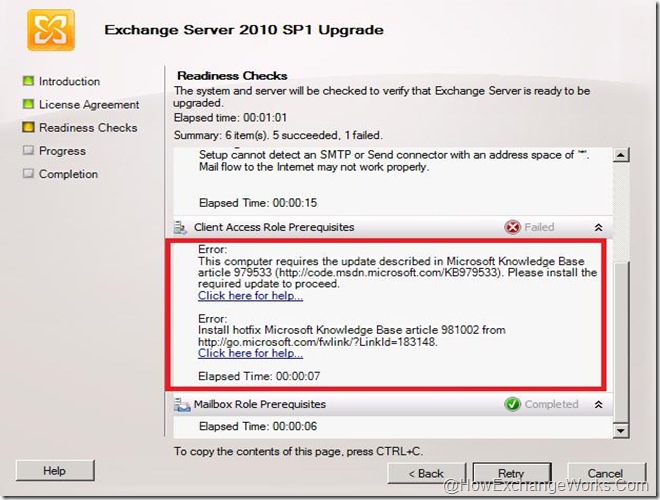 Though there is a “Click here for help”, Microsoft hasn’t updated the links yet!