Exchange admins are a bit confused when it comes to DAC mode. Though most of the them know that it has to be used in most scenarios when deploying Exchange 2010 SP1, they are not sure as to what the function of DAC mode is.

DAC stands for Datacentre Activation Coordination and it works using a new protocol named Datacentre Activation Coordination Protocol (DACP). With Exchange 2010 SP1, all kind of DAG deployments can use DAC mode, even one that has just two DAG members. DAC mode was designed to avoid the “split brain syndrome” that will occur in one particular scenario of datacentre switchover. Let me explain the scenario with the help of an example. (The images used are from TechNet video presented by Scott Schnoll). I have two datacentres with two DAG members in each datacentre. The primary datacentre has the file share witness (hub server) and everything works as normal. 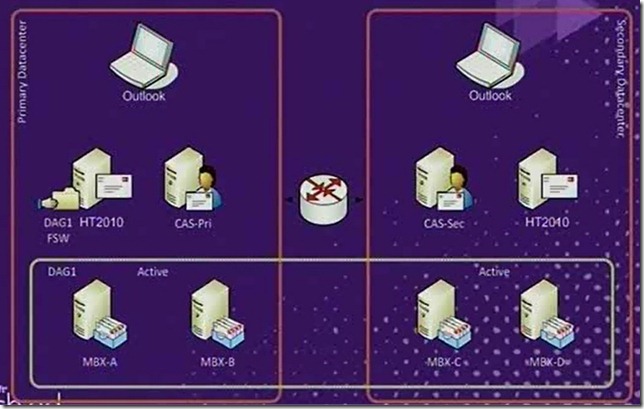 My primary datacentre goes down, let’s say due to a power outage. Both my DAG members and the hub server hosting FSW goes offline. Along with that, my WAN connection goes down as well. This will cause my entire DAG to fail, as there are only 2 DAG members online out of the five in the cluster (4 mailbox servers and one HUB server hosting FSW). 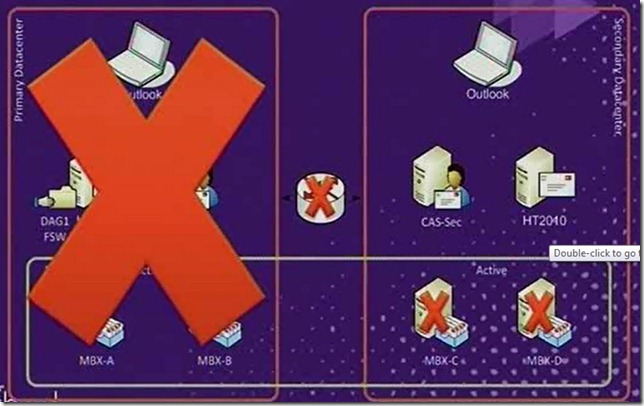 In this scenario, I try to restore the DAG in the secondary datacentre by using an alternate witness server (hub server in 2nd datacentre). Both mailbox servers in the 2nd datacentre comes online as there are now 3 members online (out of 5). Everything works as expected and I am happy.

Let’s say that the power in my primary datacentre gets restored and both my mailbox servers and primary witness server comes online. The servers will come online before the network devices (which is how it is usually). Now, my WAN connection is still down and Exchange servers in both datacentres are up and running. My secondary datacentre has already been activated to serve the clients manually. But, since there are three servers online (out of the 5) in the primary datacentre as well (2 mailbox and 1 hub), the mailbox servers will try to activate databases as well (or will it?). This will lead to both DCs hosting same databases, which cannot and should not happen. DAC mode was developed to make sure that this doesn’t happen. 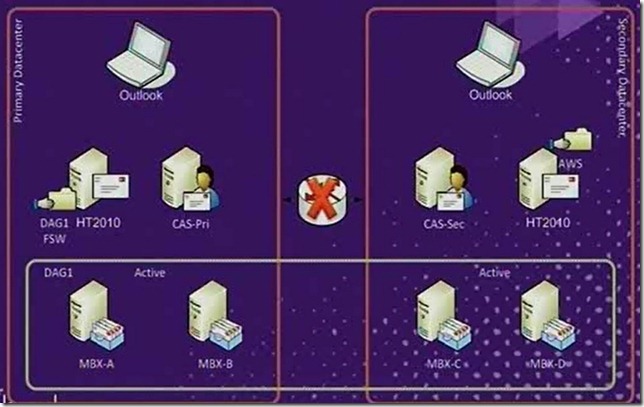 Now, how does DAC mode make sure that the servers in my primary datacentre doesn’t mount databases when the power is restored? When DAC mode is enabled, it changes the way Active Manager works. When a DAG member gets restarted or when the Exchange Replication service is restarted (when DAC mode is enabled), it sets the DACP bit (in MSExchangeRepl.exe) to zero (which means that it can’t mount any database). Active Manager can only mount a database in only two conditions. 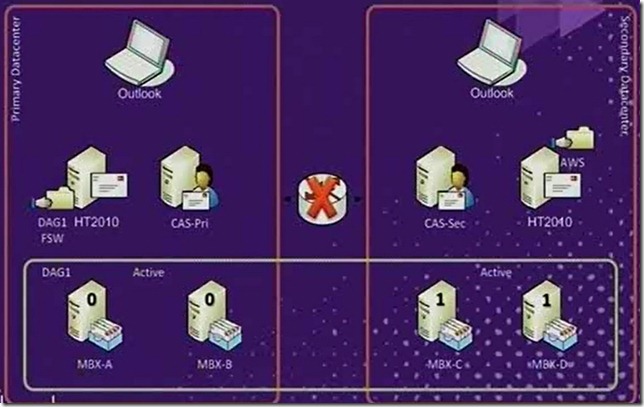 This is the only scenario for which DAC mode was designed – to make sure that DAG members won’t mount databases when power gets restored in the primary datacentre, while secondary datacentre is “active” and WAN connection is down.

Once the WAN connection is restored, DAG members in primary datacentre can communicate with all other DAG members and see that the databases are already mounted in the secondary DC & they won’t mount any database, which is the normal behaviour.

Hope this clear the confusion around DAC mode.