A clear understanding of how the offline address book works in exchange helps an admin in troubleshooting the related issues. This article explains how OAB gets generated and distributed in Exchange 2010.

The Exchange System Attendant service is responsible for the generation of oab. This service is available only on a server that has the mailbox role installed. To find out the server that is generating the offline address book in your organization, launch EMC –> Organizational Configuration –> Mailbox –> OAB tab. 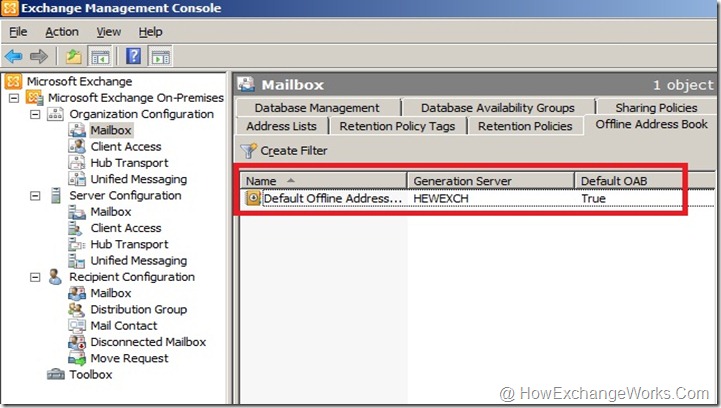 If you have made changes in Exchange, you can update the address book by right clicking the Offline Address Book and selecting Update. By default, oab is updated only once in 24 hours at 5am. You can customize the update schedule depending upon your requirements. 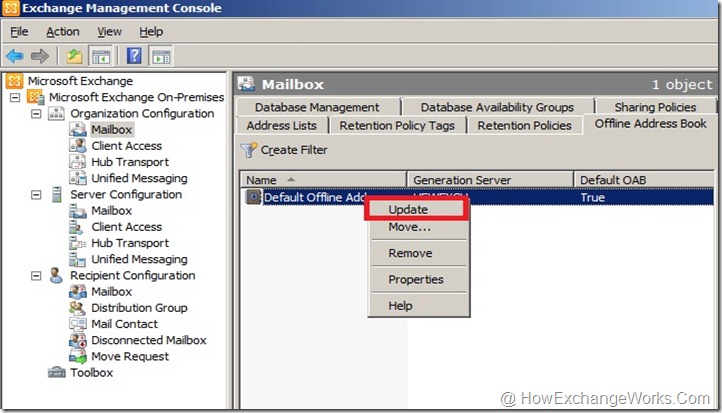 You can use the Shell as well to update OAB. Run Update-OfflineAddressBook –Identity “Default Offline Address Book”

Where exactly are these oab files stored? On a default installation, the oab files are stored in C:Program FilesMicrosoftExchange ServerV14ExchangeOAB. This folder is shared so that it can be replicated to the CAS server for web distribution. Within the ExchangeOAB folder, there will be a folder with GUID name which holds the actual OAB files for distribution. 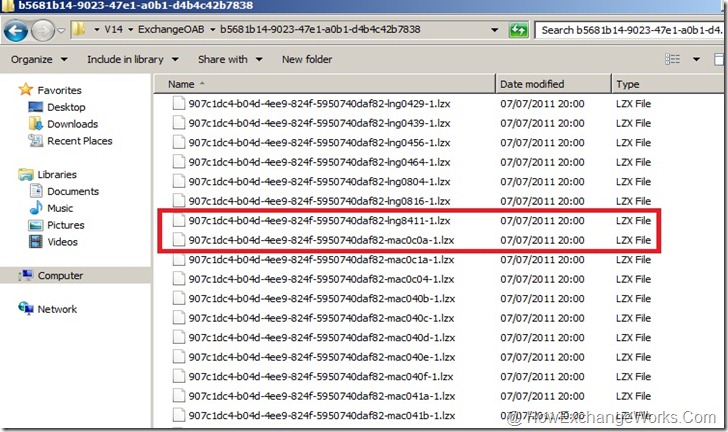 The files with “lng” in its name (towards the end) are for Windows machines whereas the one that has “mac” in its name are for Mac clients.

How does oab end up in public folders? Outlook 2003 and previous versions get oab from the system public folders in exchange. The oab generation server opens the oab folders and updates the file. 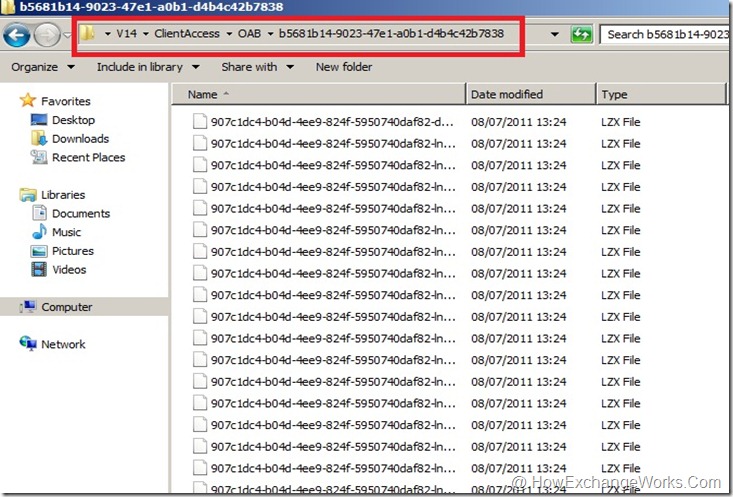 The web distribution point is updated once in 8 hours. If you want to force an oab update, run Update-FileDistributionService –Identity “servername” –Type OAB. Alternatively, you can also restart the Exchange File Distribution Service.

Now that you know how oab works and are replicated from the mailbox server to the system folders & web distribution point, you will find it much easier to troubleshoot any issues relating to the offline address book.