In 2010 SP1 Beta, the feature has improved much more and it truly does what it says – Online Mailbox Move. Users get prompted to restart Outlook in 2010 RTM mailbox move.

This has changed in 2010 SP1 Beta, in that there is no more user prompts. This is only the case as long as the move is between two 2010 SP1 Beta servers. Let me explain by moving my mailbox from one SP1 Beta to another SP1 Beta database.

My account has the primary mailbox on DB3 and archive on DB2. 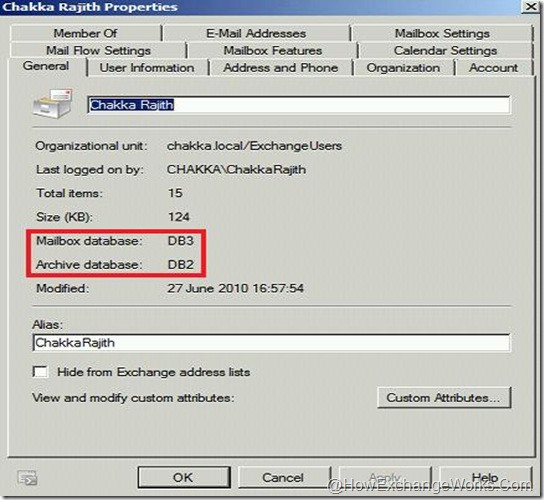 I am moving the mailbox to DB7 which is in my second 2010 server. 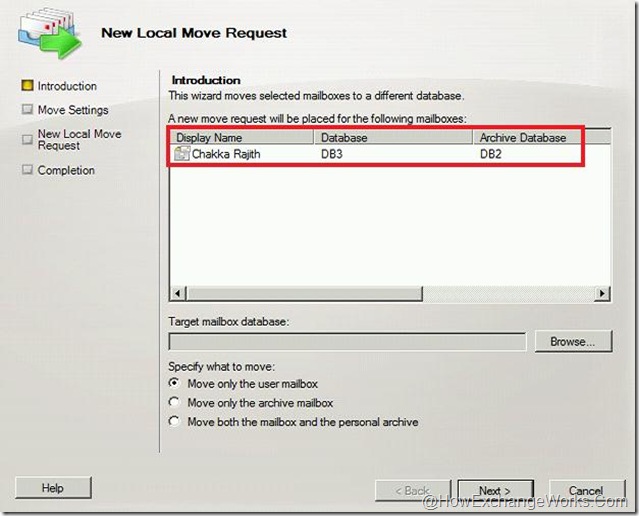 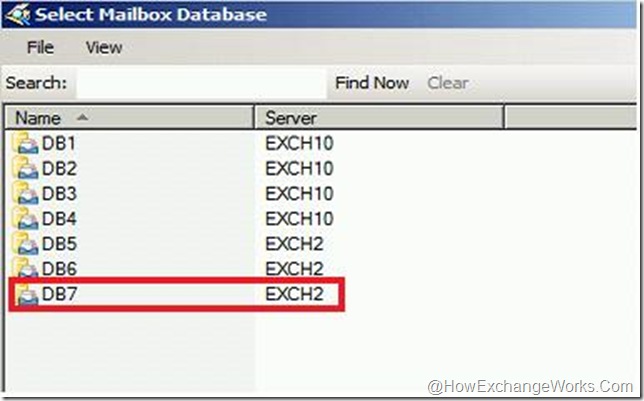 The move completes successfully and the mailbox properties gets updated. 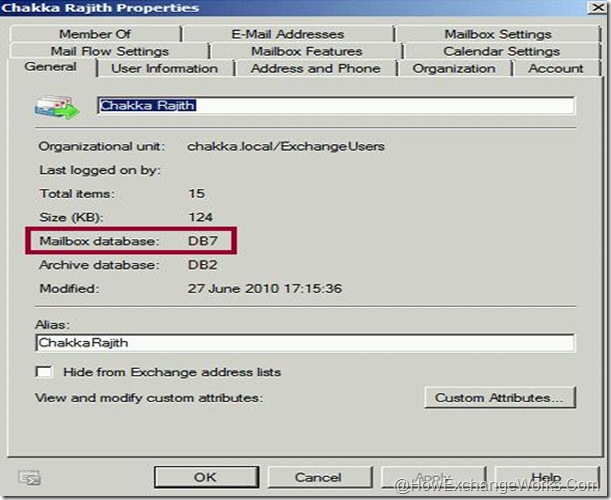 I did send an email after the mailbox move from my account to administrator with a subject “Email after mailbox move”. Note that I didn’t close or re-launch outlook.

And my administrator did get the email without any delay!

Certainly a big improvement. You can now move your mailboxes in the background without even letting the end user know, as long as it is between two SP1 Beta servers! The feature should be available in SP1 RTM as well.