I was running mailbox moves from Exchange 2003 SP2 to Exchange 2010 SP1 servers and noticed that the process was taking much longer than previous migrations. I have migrated from legacy Exchange to 2010 RTM and the time taken was much lesser.

Looking more into it, I found that only 2 mailboxes are moved simultaneously to a 2010 SP1 database, though there were hundreds of mailbox move requests queued. This happens because of a change that has been made in 2010 SP1 to the Mailbox Replication Service (MRS) configuration file in the Bin directory. The following two values need attention.

MaxActiveMovesPerSourceMDB: This property indicates the number of mailboxes that can be moved from the source mailbox database at one time. The default value is 5 concurrent moves, in both 2010 RTM and SP1.

MaxActiveMovesPerTargetMDB: This property indicates the number of mailbox moves that can be moved to the target mailbox database at one time. The default value is 2 concurrent moves. This value was 5 in 2010 RTM and was the cause of the issue.

Changing the value to 5 solved my issue and I could move 5 concurrent mailboxes to a target database.

In order to change the value, navigate to the Bin directory and open MSExchangeMailboxReplication.exe.config file using notepad. 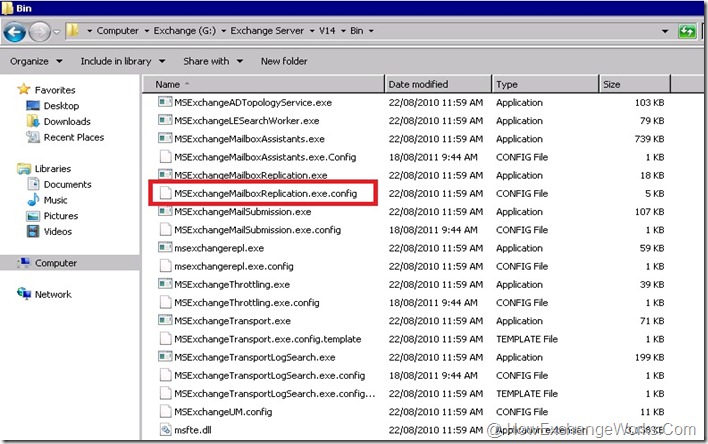 Change the value for MaxActiveMovesPerTargetMDB from 2 to 5. 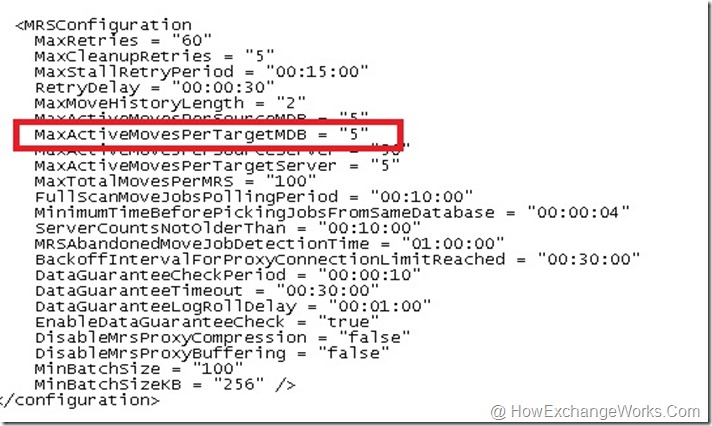 Restart the Exchange Mailbox Replication service and things will be fine. If you have more than one CAS server, the same has to be done on all of them.