Message Moderation is a new feature in Exchange 2010, which establishes an approval process for email delivery (especially for distribution groups). Check one of my previous articles for more info.

I came across a problem in an exchange environment which has both 2007 and 2010 transport servers. There were few distribution groups for which message moderation was enabled and it wasn’t working as expected.

Hence what can we do to make sure that moderation works in a mixed environment? The trick is to set a 2010 transport server as the “Expansion Server” for the distribution group. To do that, take the properties of the group and navigate to “Advanced” tab. Check the option “Set Expansion Server” and select a 2010 server. 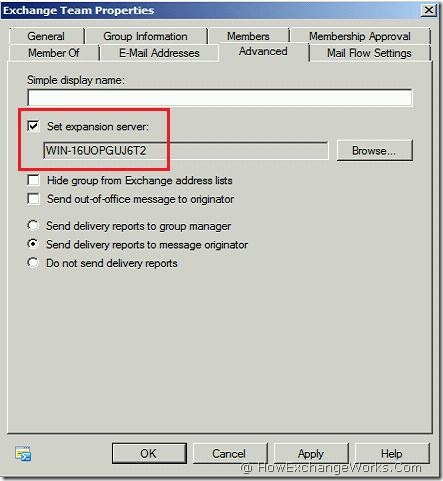 Once the setting is in place, message moderation works like a treat. Luckily, this option is exposed in the GUI for a dynamic distribution group as well. But, the message moderation has to be enabled using the shell, check my article for full info.