I had written about moving the transport queue to a different drive in Exchange 2007 in one of my previous article. Those two methods are valid for Exchange 2010 as well – editing the ExchangeTransport.exe.config file in the bin folder or using the Move-TransportDatabase.ps1 script in the Scripts folder.

My recommendation will be to use the script as it takes care of the steps needed. 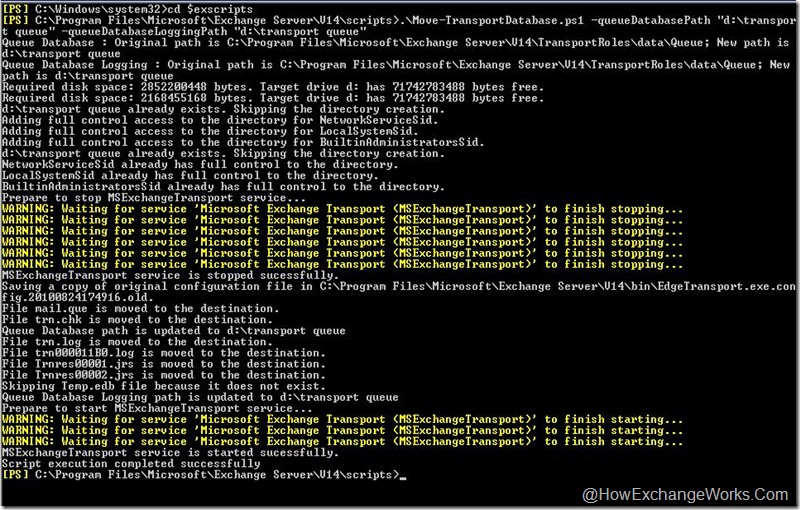