One of the issues with Exchange 2007 and 2010 deployments was the lack of a graphical interface to manage public folder permissions. Administrators have to use the shell or use third party products like PowerGUI in 2007 & 2010 RTM.

Let me explain based on my lab environment. I have a public folder structure as shown in the snapshot. 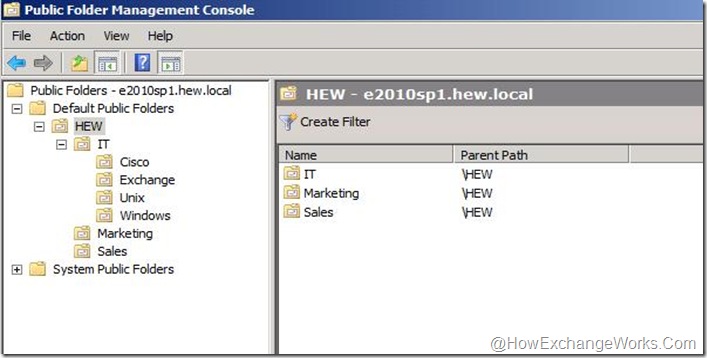 Similar to Exchange 2003 PF management, SP1 exposes the “Permissions” tab. I can view the existing permissions and add & remove users as well. In my case, to edit & view the permissions on the “Exchange” folder, select the parent folder (IT) on the right hand pane, right click “Exchange” from the middle pane & take properties. The point to note is that the public folder to be edited should be in the middle pane. It doesn’t bring the “properties” option otherwise. 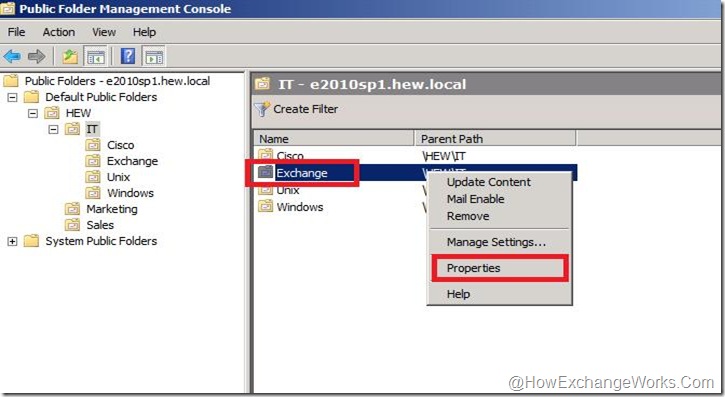 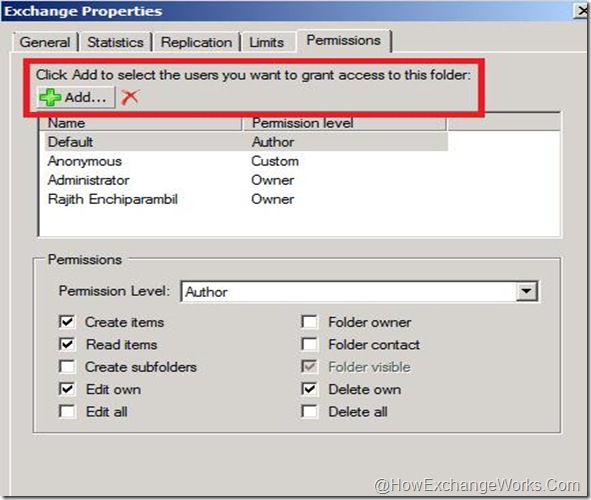 You can now view or edit public folder permissions right from the console. A feature which should have been exposed ages ago given that it was missing in 2007 as well!

Additional improvements made in SP1 Beta is still there in SP1 RTM as well, check my previous article for other changes compared to 2010 RTM.