With the release of cheaper load balancers (which are Microsoft certified as well), most of the companies tend to use a hardware load balancer for load balancing Exchange 2010 traffic. There are three options that work for routing the traffic. They are:

This is the Microsoft recommended option for routing. All traffic (in & out) flows through the load balancer.

Load Balancer Default Gateway (LBDG) : In this method, the CAS servers have the LB IP as the default gateway.

The below screenshot (taken from TechEd video) explains the three options. 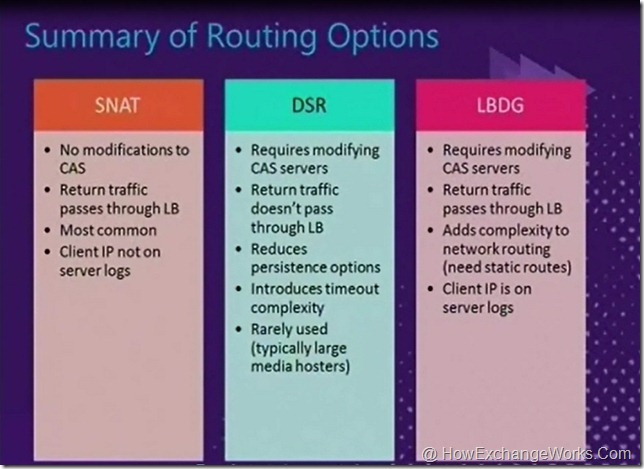