As an Exchange administrator, you can set the default OU in which you want all newly created distribution groups to be stored. This may not be appealing for bigger companies, as they tend to have a complex OU structure and there will be more than one OU that holds the distribution groups.

For a smaller organization, this setting might come in handy as all groups will be stored in the correct OU, which keeps the OU structure tidy as well. By default, while creating a distribution group, you are given the option as to where the group has to be stored. 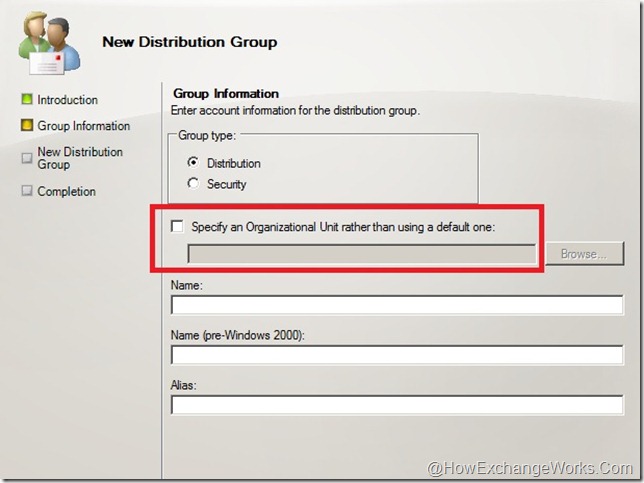 We can set the default OU globally by running Set-OrganizationConfig –DistributionGroupDefaultOU “DN of OU”. In my case, I have set to store all groups in an OU called “Groups”, in hew.local/howexchangeworks/groups.

Next time you create a distribution group, the OU is not filled by default. You are presented with the same wizard as before. Just go ahead and create the group and it will be stored in the right place. As an example, I created a “Test Group”. I didn’t make any OU selection. 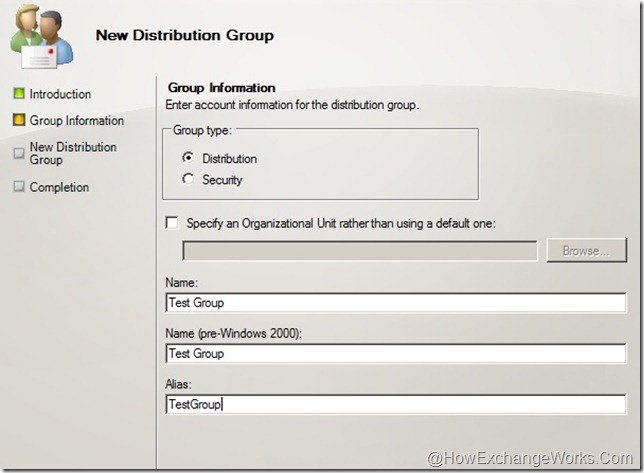 After the group was created, I checked my OU and my group was there. All works then! 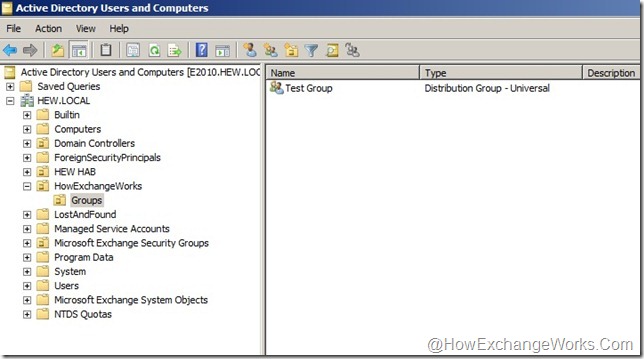 Setting the default OU didn’t succeed when I issued the command with the name of the group or the full OU path (with and without “”).

Anyone knows why? I checked the help in PowerShell to see what type of values the “DistributionGroupDefaultOU” takes, but there was no mention of it.