Below is the default response from my telnet client. As the internal information becomes visible to outside servers, exchange admins tend to change it.

I have seen companies using the “Specify the fqdn this connector will provide in response to EHLO” option in the receive connector as a means to set the banner. It is NOT the right way to do it. 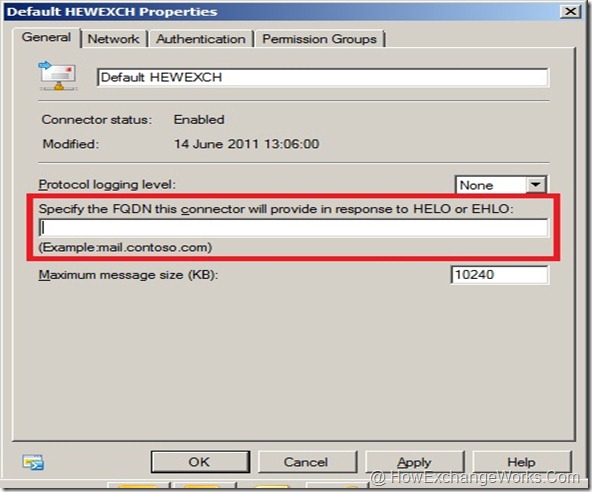 The “banner” parameter of the Set-ReceiveConnector cmdlet needs to be used to configure the banner. Run the command below to set the banner. The banner text should start with 220, as stated in RFC 2821.

Once it is set, a telnet session will respond with the new banner.