Exchange 2007 came with four built-in themes and a flexibility to customize as well. Seattle Sky, Xbox 360, Zune and Carbon Black. Well, the settings are the same in Exchange 2010, but users can no longer change the theme. The option to change the theme within OWA is missing and Microsoft has confirmed that the feature is not available in this release.

In OWA 2007, you could change the theme to the one of your choice (if it is allowed by the admin in the first place), by navigating to Options –> General Settings –> Appearance Section. 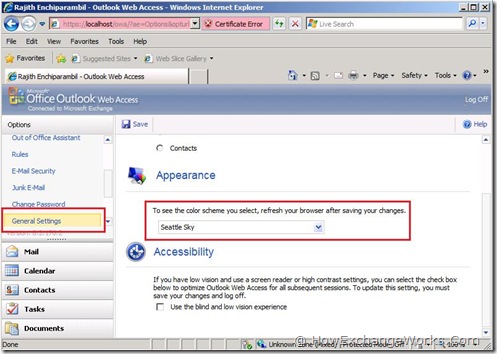 But, this option is taken off from the Outlook Web App (OWA) 2010. The General Settings doesn’t have the “Appearance Section”. 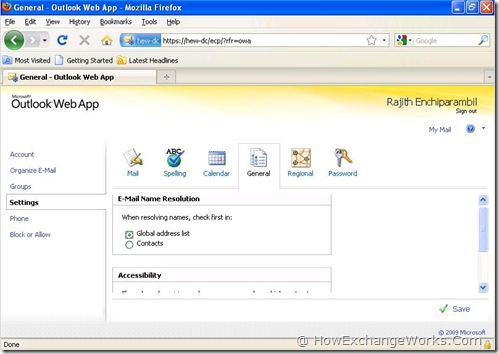 I have to mention that you can change the theme centrally for all the users. But, the users can’t change it to something of their choice. You can argue that it will bring uniformity to the Outlook Web App look & feel.

2010 RC has the same themes and folder structure as in 2007. The themes folder has four sub folders (Base,1,2 and 3) which has the files for each theme.

I ran the following command to change the theme to 1.

The OWA theme 1 looks like a modified version of Carbon Black! 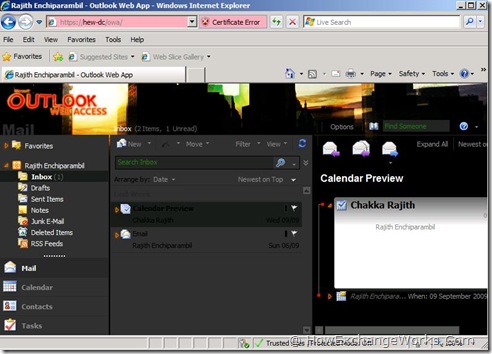 You can change the theme selection to the second one by running the following command, which is a different way of putting it. 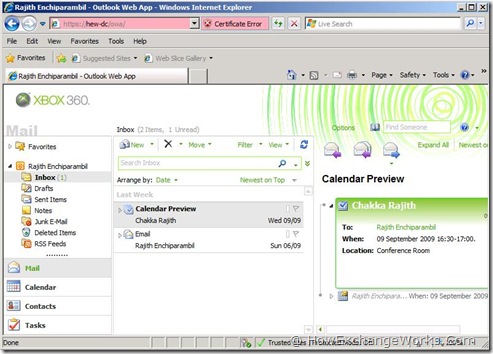 Changing the theme to 3 gave me Zune. 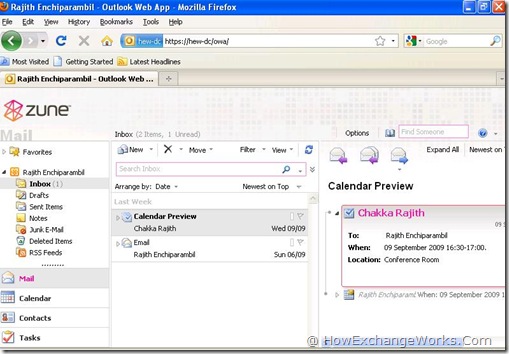 And the base theme. 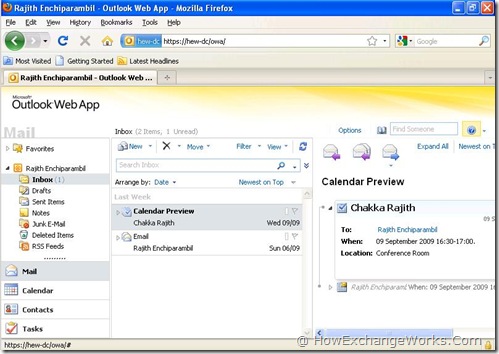 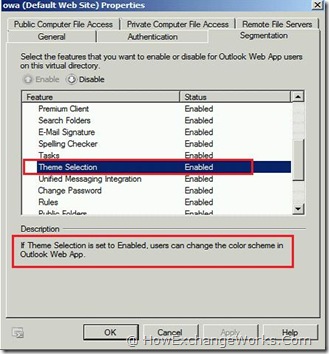 The “Theme Selection” description clearly mentions that users can change the colour scheme if the feature is enabled. Either the team forgot to take the options out or they are planning to add the feature in the future service packs!