I was at a customer site when I came across this error message in the event viewer.

“There is no available Hub Transport Server in the local site”. Event ID: 1008 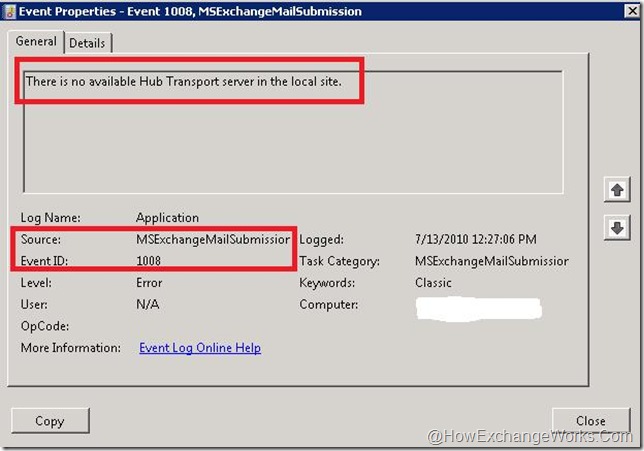 The environment had both Exchange 2007 and 2010. Any emails sent from or sent to a 2007 mailbox doesn’t get delivered. I quickly checked the Exchange topology and found out that there were no Exchange 2007 HUB servers. Multiple 2010 HUB servers were present though and all servers were in the same AD site.

Next time you are thinking about 2007 – 2010 coexistence, keep in mind that you need 2007 hub servers as well. Initial feeling will be that the latest version of hub server should be able to serve the previous versions, but NO!