There are lot of companies still using Outlook 2003 with Exchange 2010, purely because the desktop refresh hasn’t happened yet. Hence, public folder distribution will be used to distribute OAB files to these clients. With public folder distribution, a request for a full OAB download is served immediately, which means that if there are many clients requesting a full download, the network bandwidth might be saturated. This doesn’t affect smaller companies or ones with small address books. But, for large organizations, this is a serious issue as the size of the address book might run into few hundred megabytes.

I came across this issue as I am working on an Exchange 2010 design for a large organization. Is it possible to throttle the OAB download when public folder distribution is used? You sure can. All you need is a registry edit specifying the limit in KBps (kilobytes per second). The registry has to be edited on all mailbox servers hosting the OAB folders. It should be noted that throttling is turned off by default. 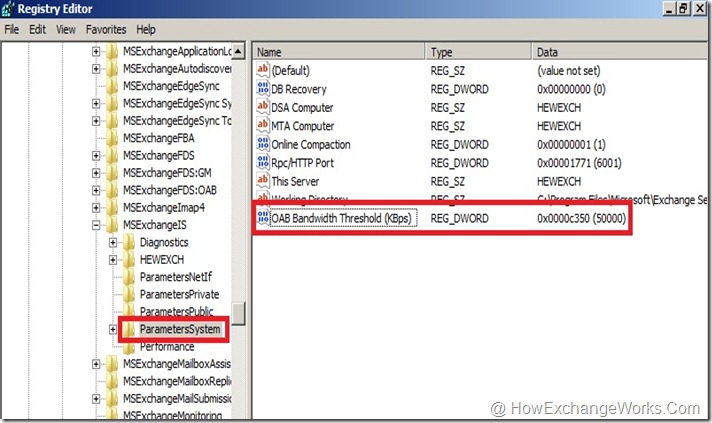 No server or service restart is necessary. Exchange will dynamically pick up the registry change.