A new script, Troubleshoot-DatabaseSpace.ps1 has been added to Exchange 2010 SP1 scripts folder. It is used by SCOM if your environment uses SCOM to monitor your Exchange 2010 infrastructure. The script is used to find excessive growth of database and log drive volumes, by predicting if the drives will run out of space, considering the current log growth rate.

The script can be run as a one-off process or can be scheduled to run periodically if SCOM is not in use. You can then get the monitoring team to pick up any events relating to the script. Let me walk you through the script in action.

The script is stored in the Scripts folder by default. The StoreTSConstants script stores the default values used by the script, if no explicit values are specified by the admin. 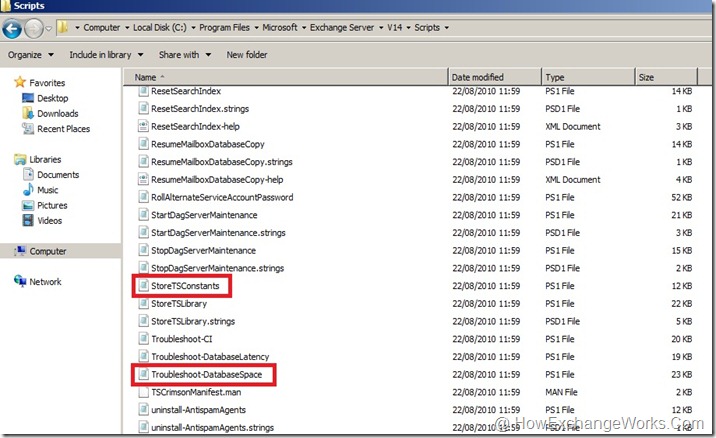 Running the script in the shell produces no output, but entries will be created in the Event Viewer. Run the command below to run the script with a threshold of 20% of free space for database and log drives.

The output is visible in Event Viewer –> Application and Services Logs > Microsoft-Exchange-Troubleshooters/Operational. 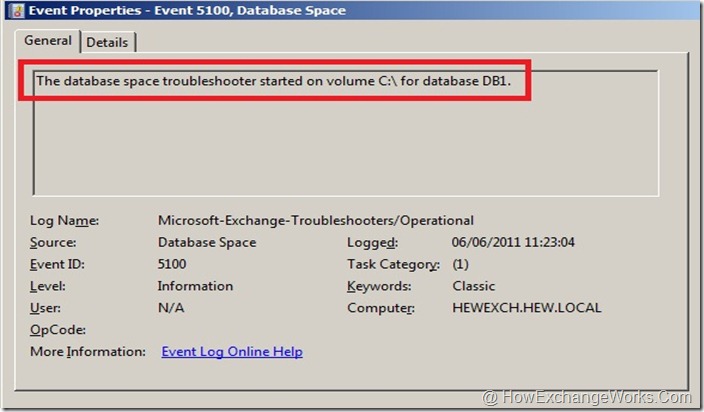 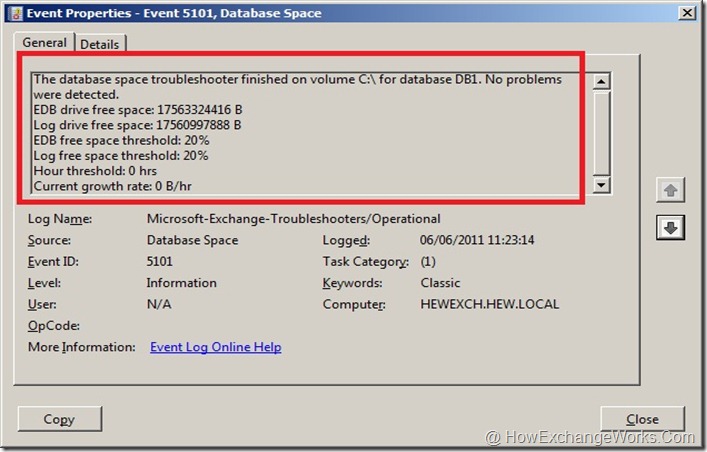 The script does take more parameters and can be configured to quarantine heavy users if the threshold level is breached, take the server off from provisioning new mailboxes etc. There is code in the script to fix the issue of overgrowth, but it is up for debate as to how far it will be successful in actually fixing the issue.

Hence, if you do have an issue of database/log file overgrowth, you can run this script and see whether it flags a solution / fix the issue.