Where is Export / Import-Mailbox cmdlet in 2010 RC? I had posted an article covering the GUI export/import functionality in 2010 Beta. The new 2010 RC doesn’t have the option to export/import in the exchange console. I was a bit disappointed to see this feature taken off in 2010 RC, after having it in the beta version. Anyway, having found out that it is no longer in the console, I fired up the exchange shell and went for export-mailbox cmdlet. To my surprise, I couldn’t run the command, nor could I even find it with Get-Command *export*. My experience was the same with import-mailbox cmdlet as well.

Neither do you have the cmdlets in shell nor the options in GUI. So, how would you export a mailbox or import a PST?

I am sure that all of you have heard that the security model has been changed in 2010 as well, which now use Role Based Access Control (RBAC).

Let me explain with an example. I want to give my account rights to run export/import cmdlets. The cmdlet I need is 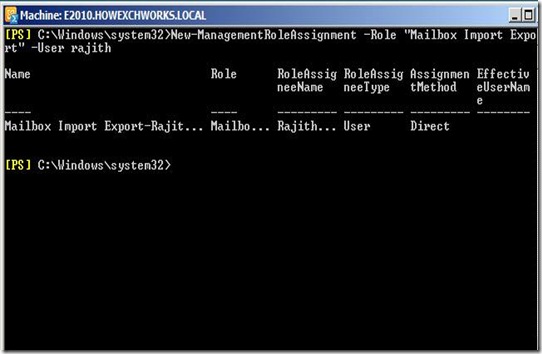 You can also create a group and give the group the necessary access. This way, you only need to add any new users who wants this permission to the correct group using AD Users and Computers (thereby avoiding the shell)!

The default administrator account with which I installed Exchange 2010 in the first place didn’t have the cmdlets available. I had to run

Once the command was run, export and import cmdlets were made available to me! 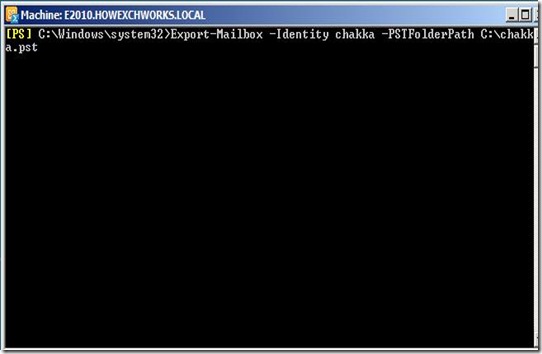 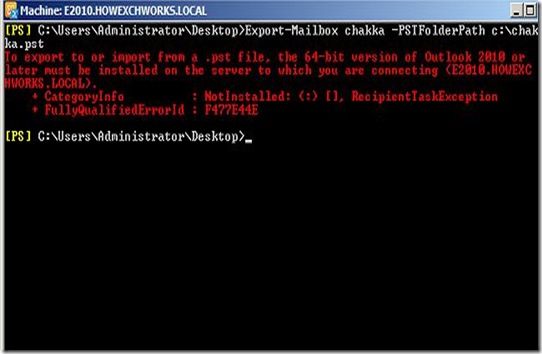 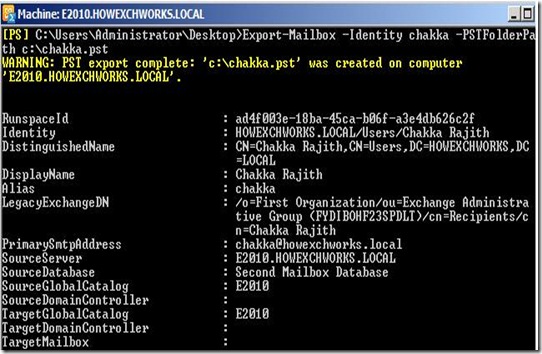 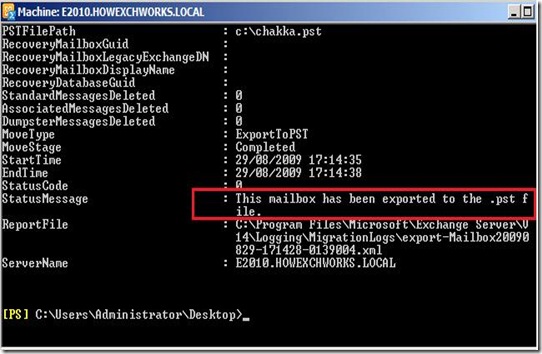